Skip to content
Sat. Feb 4th, 2023
This entry is part 5 of 5 in the series Moon Knight
Moon Knight

This is both episode guide and overall commentary on the series, avoiding spoilers.

Our instinct that Moon Knight Season 1, Episode 5 & 6 are best watched back-to-back was correct. The season finale delivers decent wrap-ups for a good number of the messes it left strewn across the pixels, and the overall main episode itself is good-to-great. It’s highly watchable overall, compared to episode 5 I think it would have been a total toss-away had it been otherwise. There’s action sequences, awesome costume effects, it’s touching and healing — it actually made the author shed a couple tears at one point.  Highly recommend that folk carve out the time to do both episodes 5 & 6 at once (allowing for any pauses needed to catch breath during episode 5) — do not watch them separately it’s really best to go from the episode 5 ending directly into episode 6.

However — the question of whether Moon Knight as a series leaves a positive or negative impression on the world about DID hangs in the balance. And that’s all brought up once again with the mid-credit cutscene (there’s only the one cutscene).

We knew it was coming, but that they left that dangling parting shot at the end leaves it all uncomfortable once more.

When we think about what makes the world uncomfortable (or even petrified) about DID, this is still checking the boxes. The things that make people the most uneasy about DID are “do I really really know you?” and “are you going to suddenly betray me?” — and now these and other questions about the very nature of each entire DID system and what our overall abilities are all happen to be there hanging in the air once again.

That said, there’s beautiful moments in the episode we won’t spoil. We just wish they had not dealt a heavy parting shot that could overshadow the more positive main ending of the show.

The overall series acting is excellent, but we expected that of an MCU level franchise. Still pissed off about the mirror thing going on too long — but thank goodness they eventually dropped it. Cheering on the moments of camaraderie. Glad for strong kick-ass feminine sidekick that isn’t a helpless waif and for the equity achieved in this episode. They even managed to tie up the derealization sequences with a bow, though I’m sure it may be something the plural characters still revisit in their future (which is not on the screen for viewers).

There’s no word at this time on whether or not there will be more Moon Knight TV series, or whether Marc& will show up in any other MCU products. There’s no known contracts for further show. Oscar Issac is listed on IMDB as a voice actor for the animated Spider-Man Across the Spider-Verse (2023) — but that’s for a different multiverse Spider-Man character, not for Moon Knight & co.

There’s a good chance that whether there’s a Season 2 or if and where Moon Knight shows up elsewhere in the MCU depends on the reception of this short-run series. They’re not spending these types of budgets on productions that will flop.

So, this leaves a big question for our readers, and this question may take time to answer and see how the public receives the series: Is Moon Knight good representation, or just another cog in a stigmatizing and oppressive Jekyll/Hyde trope machine? And do we want to see more Moon Knight &c.?  Does anyone think the institution sequences are inner world? (Because we think they’re derealization sequences.) 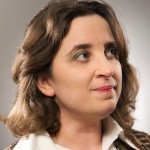 2 thoughts on “Moon Knight Finale: Does it help or hurt?”